Chapter 1: How to get an idea for a story

For some people, coming up with a story idea can be difficult. For a few, it can be as simple as riding in a bicycle. In this first chapter, I'll give you some tips on how you can get an idea and how you can develop it.

Before going on with this first chapter, you need to ask yourself some questions. Do you want to write a book? Are you willing to spend a lot of time writing and giving the best version of yourself to create a masterpiece?

Writing a novel takes time. Unless you’re an extremely experienced author, you can’t write a novel in one month. But you need to keep your main objective in mind. Why do you want to write a novel? Is it for fun? To live a new experience? Do you just want to give your book to friends and family? Maybe publish it with a small publishing house? Or maybe you dream is to become an author and make a living from writing? Whatever your objective you have to keep in mind one extremely important thing: You need to finish writing the novel.

That's why you need to be convinced that writing a novel is something you really want. You need to imagine the future you so desire. Visualize it. In the next chapter, I'll talk more about how to do this.

You need to be willing to sacrifice many things to give priority to your novel.

I recommend you find a place you like and do whatever you need to do to be able to concentrate. Maybe you like to be in your house, lying down on the sofa while you are witnessing the sunset, or maybe, as I do, you need to go for a walk with your dog in the park. The important thing here is that you need to concentrate. Forget about everything and everyone. Your mind needs to be blank to think about something and believe me, when a single idea comes it can become something huge. You can get an idea in a blink of an eye, or sometimes, it takes a bit longer. Be patient. 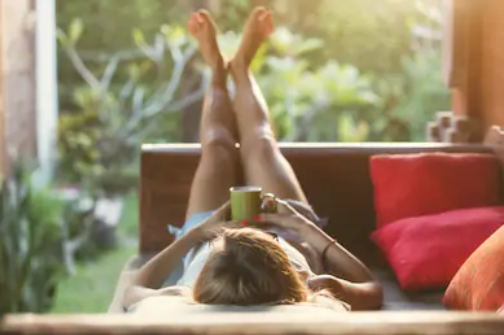 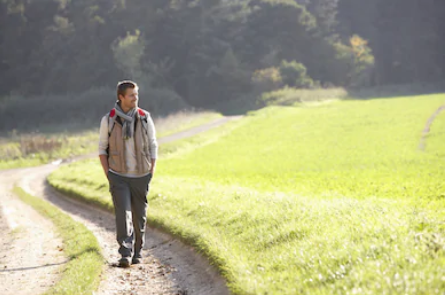 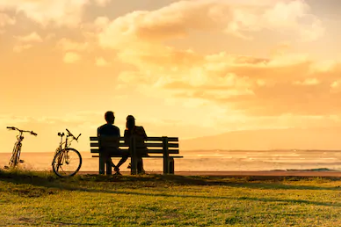 Let me show you how you can get an idea for your story. In my case, I liked to walk with my dog in the street because it really helped me to think about myself and my future. Those walks were special because I was listening to music while I was witnessing the sunset, which I love. So that afternoon, I was listening to a beautiful song that I had just discovered; "One Last Time" by Ben Cocks. When I listen for the first time to a song that makes a quick emotional connection with me, I love to listen to it as many times as I can. There is a specific moment (2:30 until the end) that I love because it gives me goosebumps. Thanks to that specific moment, the general idea of A Dream Come True came to my mind. I won't spoil the book by telling you what I saw in my mind, but I could imagine the two main characters interacting with each other, the main conflict, and how the story ends. It was a biblical moment for me.

I assure you this is a great way to feel inspired. Music works for me because I feel emotionally connected to the song. The kind of music I listen to in order to feel inspired is often Oasis, U2, JP Cooper, Elton John, Noel Gallagher's High Flying Birds and Liam Gallagher. If there is a band or any specific song you love because it makes you feel something, play it as many times as necessary. Don't forget to turn up the volume, it might make you feel more connected to the song. Focus on the lyrics and let your heart and mind think about something. Sooner or later you will get an idea. If it gets difficult just try to imagine you are watching a movie. If your favorite song suddenly began to play, what would the scenario be? Would the song serve to create a romantic scene? Or maybe create an emotional moment in the climax of the story that would make people cry?

Let me give you an example. For me, if "Some Might Say" by Oasis was played in a movie, I think it would be played in the final scene to create a happy ending, where we can see the main characters getting together after solving the main conflict of the story. Think about the lyrics as a tool that can help you to pick the theme of the scene you are thinking of.

Maybe your favorite song is about being in love, and it can make you imagine a love story between two people in unusual circumstances. Maybe they met in virtual reality and this is the only place they can see each other because the world as we know it has been devastated by global warming. Or maybe there is a song that makes you imagine a relationship with someone like a friend, but not necessarily someone you're romantically involved with. This could be, for example, an imaginary friend and the way he "appears" in the daily life of the main protagonist to help him to face the problems of the past that have returned.

There might also be a similarity between what the song is about and what it makes you imagine. For example, if I listen to "It's My Life" by Bon Jovi, it makes me feel a surge of adrenaline, like I want to run and never stop. It makes me think about a dark city where corruption reigns and the Mafia controls the place. Our hero, let's call him John, is a good cop and tries to keep the city clean from criminals. But the Mafia is tired of John because he always ruins their plans. They know they can't kill him because that will be the drop that causes the glass to overflow and people will rise in protest, demanding the local authorities end this nightmare. But they come with a plan that will change his life forever by putting his honor at stake.

When you are trying to come up with an idea, always think about the problem or conflict, or even what's at stake. More of this below.

Other ways to get an idea for your story... 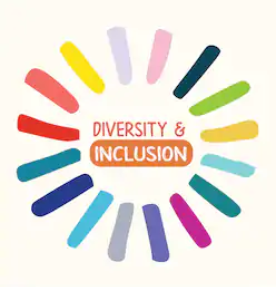 WE NEED DIVERSE BOOKS AND THAT'S A FACT

Once you have your idea, think now about the conflict or villain. The conflict defines our heroes. It makes the story interesting. Without a good conflict/villain the story turns boring. Defining the conflict will help you answer many questions like:

Nobody but you will know what is best for your novel. Remember that a villain could be the bad guy who has superpowers in a superhero story like Thanos, but it could also be, for example, a person who has a mental illness and becomes a serial killer, monsters or aliens, a gang or the Mafia, the government or a medical institution that creates viruses. A villain is an individual who wants to put not only our heroes in danger but the world too, because of the evil plans he/she has.

A conflict is a difficult situation in which our heroes are going through.

The conflict can be a disease, or a worldwide problem like global warming.

Whatever you decide to use in your story, you need to think very carefully about how the conflict connects not just with the story, but with the main characters. It is important to mention is that not all stories show what is at stake if the conflict is not successfully resolved. We can clearly see what's at stake in The Lord of the Rings. If Frodo fails to take the Ring to Mount Doom, a new era will prevail in Middle Earth; the era of the orcs.

Yes, the stakes are important. But it is not necessary for a story to have one. It's not always something like 'if you don't stop the villain, the world will come to an end.' There are really good stories without high stakes. For example, The Old Man and the Sea by Hemingway is about an old man who is trying to find success again as a fisherman after a long dry spell. For some people this plot is simple. But if you analyze the story you can figure out that success as a fisherman is the most important thing for the character.

Of course, creating memorable characters is just as important as creating a strong conflict. We’ll be talking more about character development in the coming lessons.

Hello and welcome to my writing course!